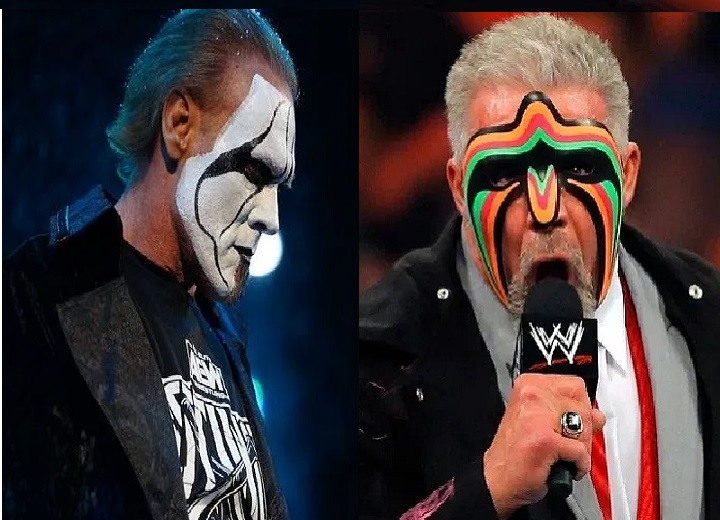 The wrestling world hasn’t stopped buzzing ever since Sting made his AEW debut. Sting has probably done almost everything in his career, and everyone is speculating about the exact role he will play in Tony Khan’s promotion. What’s certain is that ‘The Icon’ will end his career on a high and on his own terms.

When one talks about Sting ending his career on a high, it becomes imoerative to talk about his humble beginnings. Sting kick-started his now iconic (pun not intended) career alongside Jim Hellwig, aka The Ultimate Warrior.

Sting speaks about his tag team with The Ultimate Warrior

On the recent AEW Unrestricted Podcast, Sting spoke on several topics, including his tag team with The Ultimate Warrior. For those who don’t know, Jim Hellwig (Warrior) and Sting were a Tag Team when they started off as pro wrestlers.

When Aubrey Edwards asked Sting about teaming with Warrior, he said, “Oh, it was short-lived. We tagged for maybe a total of 12 months or so. Three months with Jerry Jarrett, we were so bad. I had separated my shoulder and Jerry Jarrett said, ‘you guys, I gotta let you go. I gotta finish you up.’

“We went to the UWF, we wrestled there as a tag team for 9-12 months or so; he split off and went to World Class [WCCW], became the Dingo Warrior and then to WWE and the Ultimate Warrior and all that. I ended up with WCW,” concluded Sting.

UWF wasn’t the only place they tagged along. They reunited to face Hulk Hogan and Bret Hart on WCW Nitro in 1998, and the match ended in a DQ victory for Sting and the Warrior.

Sting and The Ultimate Warrior did not taste success as a tag team, but that made absolutely no impact on their revered legacies.

We think the only reason they didn’t find success as a team was because these two legends were destined to make an impact as singles competitors.