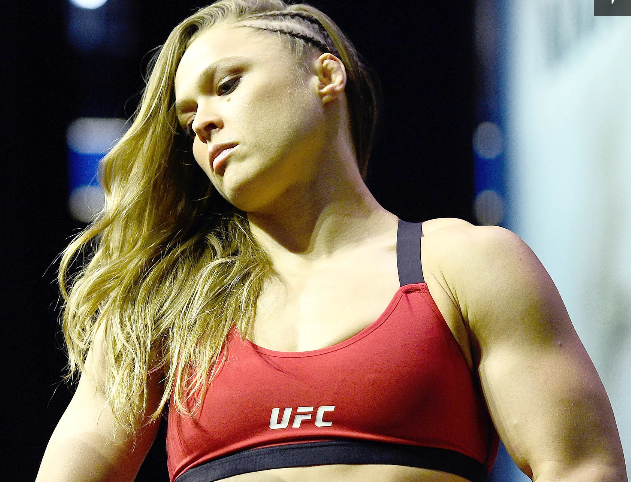 Then, Nia Jax opened up about an unnamed woman she had to talk to WWE bosses about when they kept hurting Alexa Bliss.

Fans were almost certain she was talking about Rousey, especially after Bliss was out of action during 2019 thanks to a concussion at the hands of Rousey, something documented on her 365 WWE Network special.

During the rant against the fans, Rousey also referred to wrestling as ‘fake fights’ – something many WWE women who have suffered very real injuries took exception to.

One of those women was Bliss. In an interview with CBSSports.com, one half of the Women’s Tag Team champions explained her problem with the comments.

“I’ll just start by saying I like Ronda. We’ve always gotten along, I have a lot of respect for her and what she does and what she’s been through.

What she does in MMA and UFC, I’ve always been super supportive and everything like that. It was just the use of the word ‘fake.’

Especially because we welcomed Ronda with open arms. We all wanted to see her succeed, and whenever we would have a match, we would respect her UFC background and respect how she did certain things.

We wanted to make an amazing story with amazing matches while meshing both styles of WWE and UFC together. I thought every girl that worked with her did an amazing job of that.”

“But, with that, we had a whole documentary based on my concussions and how I didn’t know if I was ever going to be medically-cleared.

The thing is, you know, you’re only as good as the person you’re in the ring with. When you kind of bash the fans who were always really supportive and say what we do is fake, it’s kind of disrespectful when we were so respectful of what she did coming in and we were respectful of her in WWE.

Everyone was willing to help her succeed, you know? She did a lot for us, but we also did a lot for her. A lot of bodies laid on the path she walked on.

So, to say what we do is fake is really unfair. Yes, the finish is scripted, we say that; it’s protagonist, antagonist and conflict resolution.

It’s a story we’re telling. My whole thing is … if she comes back to WWE? Great. We would all love to work with her again, I’m sure. Just limit the use of the ‘F-word.’”

It’s almost certain Rousey’s words were a ‘work’ and all part of her character and the women are likely responding in kind to create some interest, but it has left some fans a little uncomfortable.

As hard as this would be for a non-wrestling fan to believe, many wrestling fans don’t like the fact that wrestling is indeed scripted being highlighted publicly, especially by talents they’re meant to be following.

It would be like a movie character telling you they’re just acting, I guess.