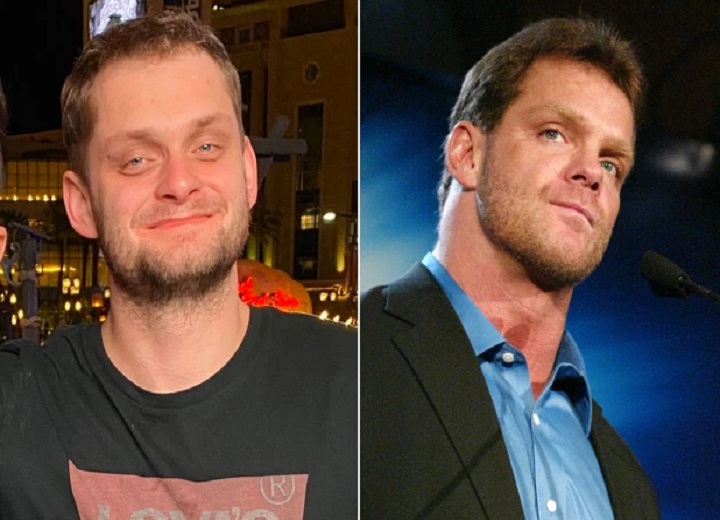 David Benoit, the son of former WWE wrestler Chris Benoit, recently opened up for the first time about the murder-suicide his father committed in 2007, and David is convinced Chris wasn’t himself.

“It wasn’t him, man. It definitely wasn’t,” David Benoit told Chris Van Vliet in a sit-down, on-camera interview. “He would never do that, I know he wouldn’t.

I think something terribly went wrong. The doctor said he had CTE. That’s what, at the beginning, gave me some closure. It just made my life a little easier, didn’t have to think about it. He had CTE. I don’t think it was him.”

Chris killed his second wife, Nancy, and 7-year-old son, Daniel, before hanging himself on June 24, 2007, in Georgia.

Chris, who was 40, “had the brain of an 88-year-old with Alzheimer’s,” David said. “It blows my mind, man. All the chair shots he took, not protecting himself.”

David, now 27, says he was 14 or 15 at the time of the murder-suicide, living in Edmonton with his mom. He initially didn’t believe it and said he punched a cop when he found out.

“I didn’t believe it for days, bro,” David said. “I think the day it really hit me was his funeral. That was a hard day, that was a super hard day.”

It took David seven months before he was able to move on. He said the last time he spoke to his dad was on Father’s Day 2007, when they talked for two hours.

“We were just laughing and getting ready to make plans for the summer. I got to say ‘I love you’ one last time to him,” David said through tears. “It feels good to get it off my chest. It feels good. I’ve never spoken about it.”

“That played a role,” David said. “That took a toll on him, man, when Eddie passed away? That man was his best friend.”

Chris was considering retirement in 2006 while he was off recovering from injuries and was offered a backstage producing role with WWE.

After the details emerged from the murder-suicide, WWE distanced itself from Chris Benoit and has rarely, if ever, referenced him since. David hopes that will change.

“It’s terrible, man. It’s just terrible,” David said of his father’s ruined legacy. “I would like the WWE to remember him, at least for the good times. I want him in the Hall of Fame.”