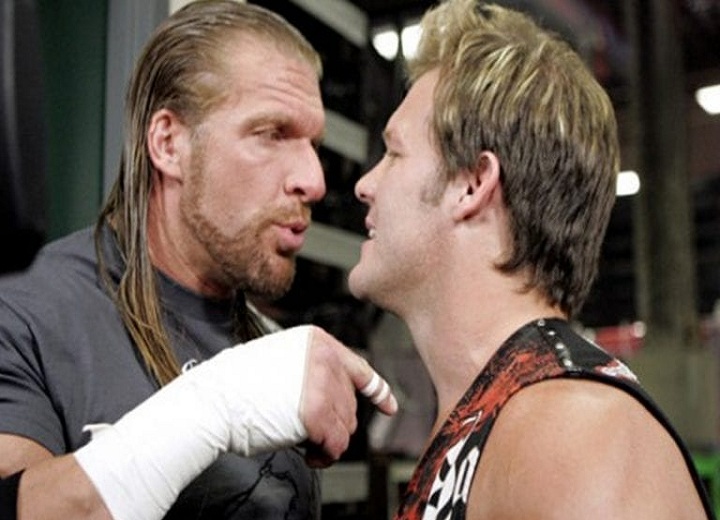 Triple H has often been paired with a shovel. The idea of him burying talent backstage for his own benefit became a popular topic, and now some stories are being confirmed.

During Grilling JR, Jim Ross spoke about how Triple H treated some of the other talent in WWE, especially Chris Jericho. JR said that Triple H knew he didn’t have the charisma as Y2J, so he buried him for being shorter.

“The Jericho thing was, I believe, quite simply that Jericho had a load of charisma, naturally, that Hunter [Triple H] may not have had at that point in time, and the fact that Jericho was under six feet tall,” Ross said. “It’s petty bullsh*t.”

He later stated that it was a shame that Triple H treated the situation like he did. Guys like Chris Jericho and Booker T were treated like they didn’t belong instead.

“It was regrettable, especially when you’re talking about two guys like Booker T and Jericho who, really, you make yourself look bad by inferring that they don’t belong for whatever reason.”

Triple H is now in a very big position of power in WWE. He was able to use a beneficial situation and make it even better for himself as the years went by. Now Chris Jericho is with AEW and far away from Triple H’s influence.

Potential Return Of Sting To The Company- The superstar announced

Jim Ross: “Chris Benoit does not belong in the Hall of Fame now or ever”