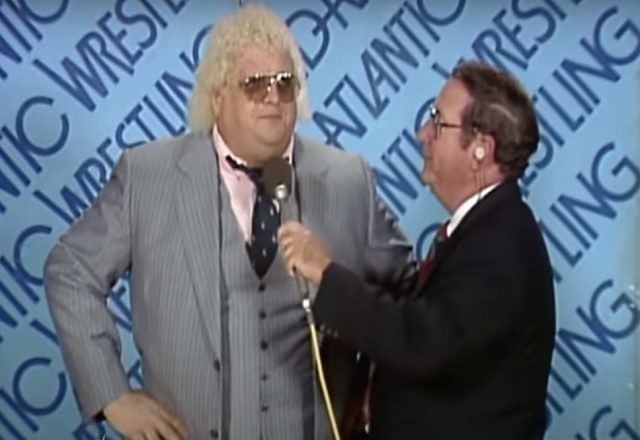 Virgil Riley Runnels Jr., better known as “The American Dream” Dusty Rhodes, was an American professional wrestler, booker, and trainer who most notably worked for the National Wrestling Alliance, Jim Crockett Promotions, and the World Wrestling Federation, later known as the WWE.

Eric Bischoff is a wrestling great. The man almost put Vince McMahon out of business! That is saying a lot considering the WWE patriarch himself shut several companies down on their way to the top of the country and eventually the world.

The former WCW boss recently made a controversial claim that WWE Hall of Famer Dusty Rhodes was incapable of creating long term engaging storylines. However, he followed it with a reasonable explanation for the assessment.

“I don’t think Dusty was the storyteller, long term strategic storyteller, that he probably would have liked to have been,” Bischoff claimed on the latest episode of 83 Weeks, Eric Bischoff.

“Dusty thought in terms of the next big event, the next big headline. Perhaps, and this is just a perhaps, it is because Dusty came up in a part of the country where weekly territories dominated the scene. You would have your big match.

You would have the finish or have something happen that led you to next Saturday.

Dusty Rhodes started two wrestling promotions of his own

“Whereas PPV was more of a monthly territory,” he continued. “It was TV, TV, TV, TV, PPV. As a result of that kind of weekly education and that base of experience, and as a performer and having so much success in weekly territories around the Southeast in particular, and in Texas, the idea of elongated storylines that lasted months was not something that came naturally to Dusty.”

According to Bischoff however, what Dusty lacked in storytelling, he made up for in almost always identifying the next big huge hit.

“What did come naturally to Dusty was his vision for big events as opposed to strong stories,” Bischoff added.

“Not that Dusty didn’t come up with some strong stories. He did. But the majority of Dusty’s creative thought process was probably dedicated to what is the next big huge hit we can conjure up and create.

But if you don’t have great stories that people were invested in going into it, it’s just an event.”

A fair assessment by Bischoff considering Dusty’s last ever tweet.