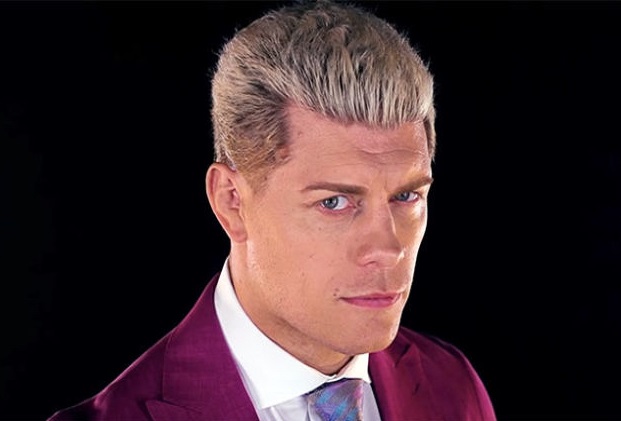 In the main event of this week’s AEW Dynamite, Malakai Black wrestled Cody Rhodes. Before the match, Rhodes sent out a cryptic tweet about his 3 years with the company.

Black basically destroyed Rhodes and pinned him with one foot after Rhodes took the Black Mass. This put Black over as a megastar and he’s more over than at any point when he was in WWE.

Rhodes said that when he got into wrestling, all he wanted to do was win the title that was taken away from his father. Rhodes talked about meeting Matt, Nick and Kenny Omega and people laughed about AEW becoming a revolution. Rhodes said that AEW is competition and the table was set and now some new people can eat. He said that although there has been in-fighting, he will always love the guys in The Elite.

Rhodes put over Daily’s Place and called it the AEW Amphitheater. He then thanked the fans and said they have made his life incredibly special. Rhodes was about to leave his boot in the ring but then Black snuck up and hit him in the back with the crutch.

Rhodes is due to tape the second season of The Go Big Show for TBS, so it’s more likely that he’s just taking time off.

This was sent out through the @CodyRhodes account on the Community app. Is he done with AEW? pic.twitter.com/gzazLwNSOc

See What gave Shawn Michaels’ a Bad Eye During his Career

Serena Williams on second place Trophy: “I’m gonna put that one in the trash”