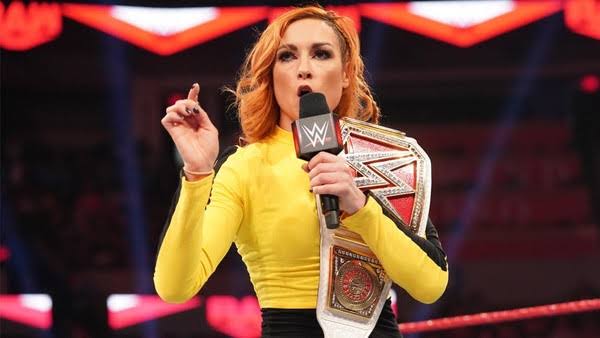 Many people have been criticising WWE after it was reported that the company is planning on pushing Becky Lynch as the “top heel” on Friday Night SmackDown following her shock return at SummerSlam.

The common opinion amongst fans is that it’s the wrong decision to turn Lynch heel, especially considering she’s one of the most naturally likeable people that WWE has on its books.

However, it has now been reported that Becky Lynch actually asked WWE to allow her to turn heel, meaning this was her decision.

Dave Meltzer is reporting that Becky Lynch “was the one who requested” a heel turn upon her return to WWE television.

Regarding the stories of Becky Lynch being a heel, this is definitely the case and she was the one who requested it.

According to reports, the plan is for Becky Lynch to continue as a heel on Friday Night SmackDown, feuding over the SmackDown Women’s Championship with top babyface Bianca Belair.

It has also been reported that original plans for Becky Lynch’s WWE return were brought forwards, with plans prior to last week having ‘The Man’ return in October.

However, Lynch’s comeback had to be brought forward to last weekend when it became apparent that Sasha Banks would not be cleared in time for SummerSlam.

Speaking of Lynch’s return, reports suggest that people within WWE expressed concern with Vince McMahon’s plans to have ‘The Man’ win the SmackDown Women’s Championship, which you can read more about by clicking here.

Another person who was unhappy with how Becky Lynch returned was Nikki Bella, with the former WWE star taking issue with how Bianca Belair was treated during Lynch’s return at SummerSlam.