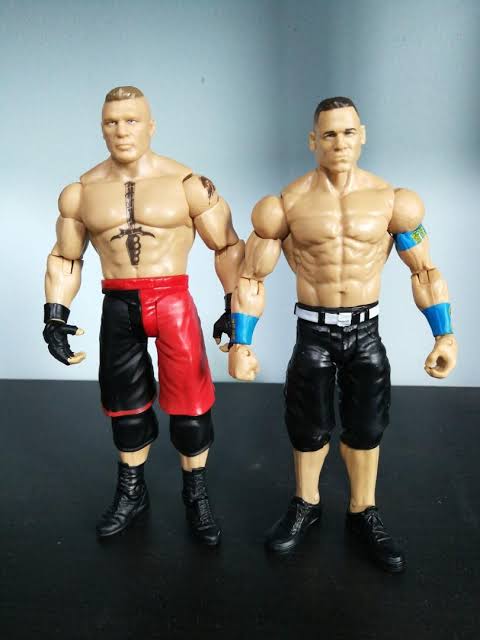 The WWE knows how to make a statement, unfortunately they’ve been coming as dark matches more than not lately with the latest one where Brock Lesnar attacked John Cena after he lost to Roman Reigns.

By now, we’ve all heard or saw the images of Lesnar returning and facing off with Roman Reigns, making it pretty obvious that he’s next to attempt to dethrone the Tribal Chief.

But first, he had some business to take care of.
Sending a message

As the recorded video above, curtesy of Andrew Zarian, once Reigns was out of the ring Lesnar turned his attention to John Cena.

In typical Lesnar fashion, he re-introduced Cena to Suplex City, but only a brief two suplex tour before ending his suffering with an F-5.

This is a curious and fun twists considering Lesnar is expected to be the face in his upcoming feud with Reigns.

Obviously, Lesnar is saying no one will stand in his way to reclaim the Universal Championship and to be fair, he should destroy Reigns when they face off.

This also means we could’ve had two to three years with Reigns as the Universal Champion.

But for one reason or another, if those rumors are true, the time table was shifted and Lesnar was brought back earlier than expected.

So, we’re guessing this feud will last until the Royal Rumble, at which time the Rock will return and either win the Rumble or openly challenge Reigns as the Head of the Table.

What about Cena?
It looks like Cena’s going back to Hollywood for a while but he dropped every hint that he’ll be back for further matches and storylines.

Who knows? He and Lesnar could even have a rivalry and both of them go after Reigns after he’s done with his next movie.

One thing for certain is Reigns has been built up a unbeatable and it’ll take a legend like Lesnar or the Rock to beat him.

If by some strange storytelling quirk Reigns makes it through both of them, we’re curious who would be next? Maybe Hulk Hogan has another run in him? Or Steve Austin?

At this point it’s anyone’s guess, but it should prove interesting to see where they go from here

The Undertaker vs. Mankind: 10 Things Most Fans Don’t Realize About Their Rivalry -check.