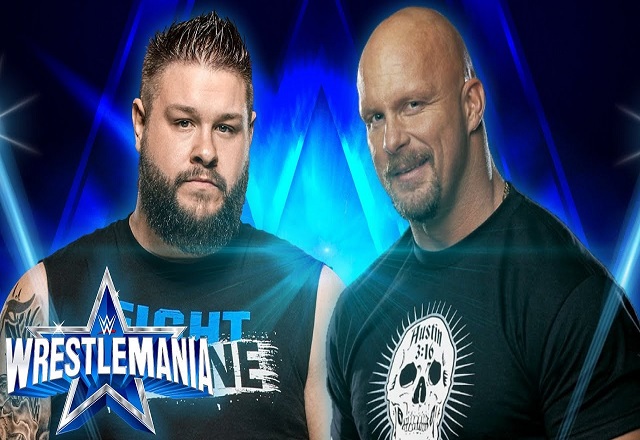 Earlier this week, it was reported by Reddit insider kerrmit125 that WWE’s plan is to have the Kevin Owens-Stone Cold Steve Austin segment close out WrestleMania Saturday (night 1).

On WWE.com, Charlotte Flair and Ronda Rousey are the main wrestlers listed on WrestleMania ads but other ads have Steve Austin featured as the main star.

Dave Meltzer noted in the Wrestling Observer Newsletter that some minor changes have been made to the show and according to those in WWE, Flair vs. Rousey was scheduled to close the show. That was the word as of this week but it was noted that the match orders change frequently and will continue to change until the day of the show.

The only thing that has been locked in from the start is Roman Reigns vs. Brock Lesnar closing out WrestleMania Sunday (night 1). In regards to WrestleMania Saturday, Dave Meltzer wrote the following:

“It would go against tradition to have a non-match go last, but if you think about it, the Owens-Austin segment probably should go last because it would be the biggest thing on the show and be expected to get the best reaction. Putting it in the middle would peak the show early and putting it next to last would risk having people leave or heat being down for the Flair vs. Rousey match, especially if it’s late.”