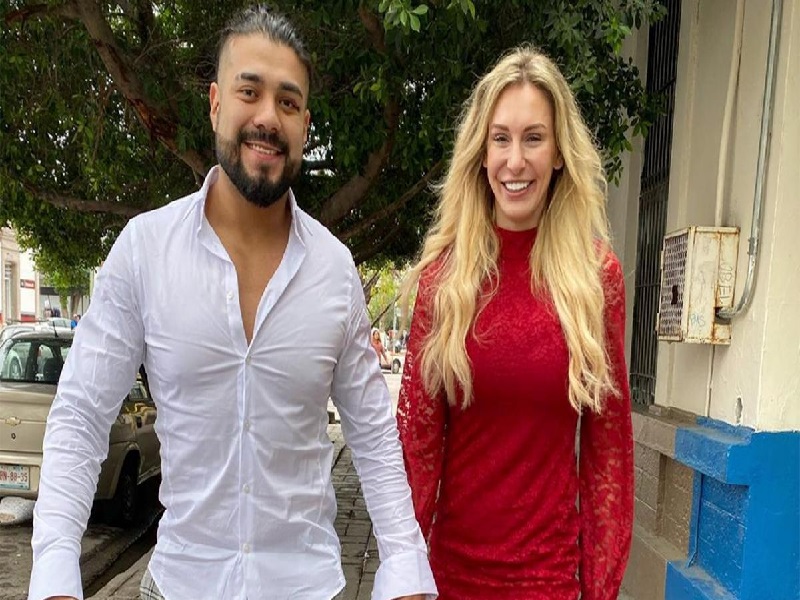 While revealing how he and Charlotte had tested positive for COVID-19 and that he’s “good,” Andrade further disclosed that WWE gave him his release after he tested positive.

“The WWE doctor informed [Flair] to tell her she was pregnant. We went to the pharmacy and it was negative. They took her out of the story because they said she was pregnant. 4 days later the tests were negative,” the 31-year-old wrestler stated via ComicBook’s translation.

In response to Andrade’s revelation, Charlotte Flair’s camp reached out to Alex McCarthy from talkSPORT to provide context for her fiance’s comments about her pregnancy tests. “What Manny said about the pregnancy test in today’s interview is true, but a significant amount of context is lost in translation and we’d like to clear that up as best we can,” the statement began.

“A few weeks ago, Charlotte received a call from WWE medical telling her that her HCG levels had come back high and she was medically suspended for pregnancy. That day, she took several home tests that all came back negative.

A few days later, blood work and ultrasound confirmed there was no pregnancy. This was before any issues with Covid (she is currently medically clear),” the statement continued.

“This put a lot in context for her, mainly how small a woman’s career window is. The men are able to work well into their 50s while the women are seen as “older” in their early 30s even. For an athlete in her prime, these years mean everything. Her issue was with the process and how the information was relayed as opposed to the information itself,” the statement concluded.