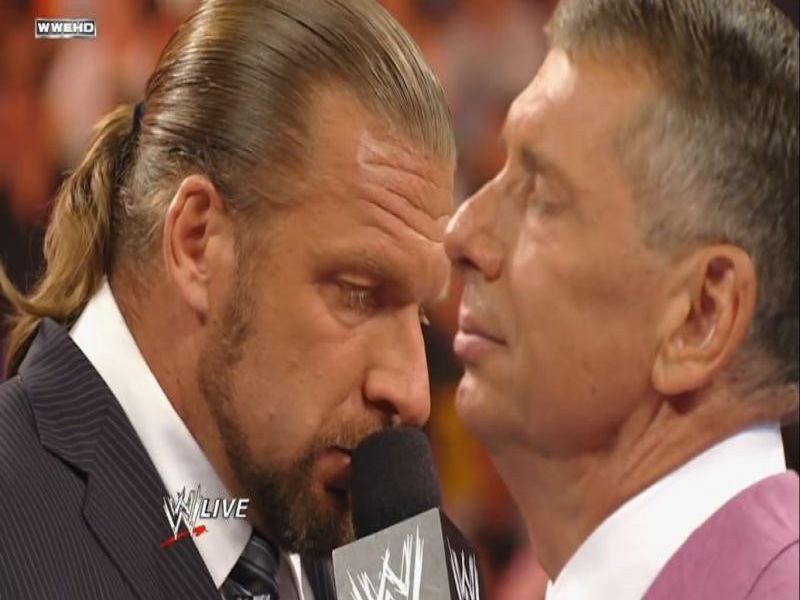 A top WWE legend and Women Champion has passed away, she died after taking excessive dose sleeping medication and tranquilizer used to treat anxiety.

The brain of WWE wrestling legend Joan Marie Laurer will be donated to medical research as her manager claims she died from an accidental overdose of Ambien and Valium.

The 45-year-old star, whose real name was Joan Marie Laurer, was found dead in her home in Redondo Beach, California last Wednesday.

Her manager Anthony Anzaldo said on Wednesday that she had been prescribed both the sleeping medication and tranquilizer used to treat anxiety, but she wasn’t taking them properly.

The disease can only be diagnosed after death and experts believe it is caused by repeated blows to the head.

It can cause symptoms similar to those suffering from Alzheimer’s including mood swings, memory loss and rage.

The wrestler’s brain will be examined by Dr Bennet Omalu, who first documented CTE in the brain of NFL players, according to CNN.

He was also portrayed on screen by Will Smith in the 2015 film ‘Concussion’.

Mr Anzaldo told the New York Daily News: ‘We want to donate her brain. We want to know what made her tick.’

It comes just days after he claimed he planned to put the WWE star on the TV show Intervention before her death.

Mr Anzaldo said she was was legally prescribed both Ambien, a sleeping aid, and Valium, a tranquilizer used to treat anxiety, over the course of three weeks.

Anzaldo clarified that her death was an accidental overdose, not a suicide. He told the LA Times: ‘You are not going to find 60 pills in her stomach.’

Police in Redondo initially stated her death was a possible overdose or spurred by natural causes.

The Los Angeles County Coroner’s Office deferred the cause of death, saying it could be months before toxicology tests show whether she died of an overdose.

Mr Anzaldo told TMZ he was trying to get her help – by striking a deal with producers of the A&E documentary-style production.

He added that the episode would have featured some of her high-profile friends from the WWE, including Stone Cold Steve Austin and Mick Foley.

Chyna had already appeared on Celebrity Rehab in 2008, but she was hospitalized after overdosing on sleeping pills in 2010.

He added that she had been going on an ’emotional journey’ as she filmed a documentary about her life.

‘It’s been very emotional for her these past few months. She was shooting her documentary and at times it was stressful.

Prescription bottles were found in Laurer’s Redondo Beach home, but they were not open and there was no evidence of foul play, illegal drugs, suicide or a suicide note, according to TMZ and The Hamilton Spectator.

The death of the wrestling star, often referred to as the ‘Ninth Wonder of the World’ was announced in a statement, which was posted on her official Twitter account and signed by ‘Felix’.

It said: ‘It is with deep sadness to inform you today that we lost a true icon, a real life superhero… the 9th wonder of the world has passed away. She will live forever in the memories of her millions of fans and all of us that loved her.’

Redondo Beach Police Officers said they attended the house after receiving a 911 call from a friend.

They said: ‘The Redondo Beach police received a 911 call from a friend of the apartment unit resident that the female inside was not breathing.

‘The friend told [police] that the female had not answered her phone in a few days, and went to the location to check on her welfare.

‘Officers arrived on scene and discovered a deceased female inside the location. From the preliminary investigation, it appears that the deceased passed away prior to being discovered by the friend.’

There are no indications or signs that the death was a result of foul play, officers added.

Storming onto the wrestling scene in 1997, Laurer quickly earned her nickname and her profile on WWE brands her ‘the most dominant female competitor of all time’.

Among her many accolades, she boasted victories over leading male wrestlers such as Chris Jericho and Eddie Guerrero.

Beyond wrestling, which she quit in 2001, Laurer was a vegan and an animal lover.

And she wrote an autobiography If They Only Knew, which made it onto the New York Times bestseller list.

After her 2010 overdose, Laurer moved to Japan to teach English. It is not clear when she returned to the United States.

Before her death, Laurer posted a 13-minute video on her YouTube page that showed her speaking with a croaked voice, breathing heavily and slurring her words as she made herself a smoothie.

Bret Hart: “Most of my colleagues are dead because of their own mistakes and drugs”