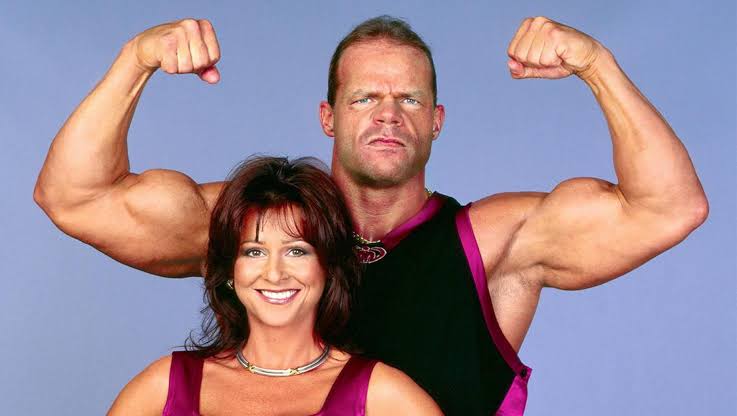 According to reports,  Lex Luger has lost certain benefits as a wrestling legend because of his involvement with the tragic death of Elizabeth Houlette (a.k.a. Miss Elizabeth).

Exclusive: How Lex Luger Fingered The Death of Miss Elizabeth

According to Ring Side News, WWE has denied Lex Luger certain benefits as a legend because of his involvement with the tragic death of Elizabeth Houlette (a.k.a. Miss Elizabeth) and because of him leaving the WWF in 1995 for the very first episode of WCW Nitro. Here is the official quote…

“Luger not being included stems from some negativity that surrounds his legacy, due to his close relationship with Miss Elizabeth at the time of her death.

In 2003, Elizabeth Hulette passed away as a result of a drug and alcohol overdose at the age of 42.

Luger had been living with her at the time of her death and was linked to involvement in heavy drug use with her, as well as several documented incidents with the law leading up to her death.

We have learned that Luger’s name was brought up in a conversation when WWE was deciding on inducting The Four Horsemen, but his name was later scrapped as there are many people in the business that view Luger as an enabler to Elizabeth prior to her passing.

This contradicts what many people assume is the reason for Luger’s lack of acknowledgment from WWE. It is often believed that him leaving WWE and appearing on the first episode of WCW Nitro in 1995 ruined the relationship between the two sides.

While this may still hold some weight, we can confirm that Luger’s link to the tragic death of Miss Elizabeth was the reason he was left out of this year’s Hall of Fame.”

Personally I feel that this is Lex Luger receiving a bad break. We will never know his true involvement with Miss Elizabeth’s passing; the only two people who know are himself and Miss Elizabeth. The way I see it, she was a woman who had demons and injected that crap into herself. Lex Luger did not force her to take drugs, she did it herself.

As far as the other part about him leaving WWF for Nitro, that’s just plain stupid if you ask me. What about Kevin Nash? Are you telling me WWE is not going to induct Kevin Nash someday? Fat chance he’s never inducted. They inducted Hulk Hogan as well, and he left for Nitro. The fact is what happened then happened then.

There’s no reason WWE should still feel burned anymore, it was a business and those wrestlers chose to go to the better company, or the company they felt was better, and for a while WCW was the better company. Maybe one day Lex Luger will be inducted, but it’s clear that if he is, it will not be for a very long time.

My only hope is that Lex Luger is inducted into the Hall of Fame before he dies. It would be a shame if WWE finally realized his how good he was, but it was too late much like the late great Randy “Macho Man” Savage.

Throughout his career, Lex Luger accomplished many things. Here is a list of all his accomplishments in his professional wrestling career.