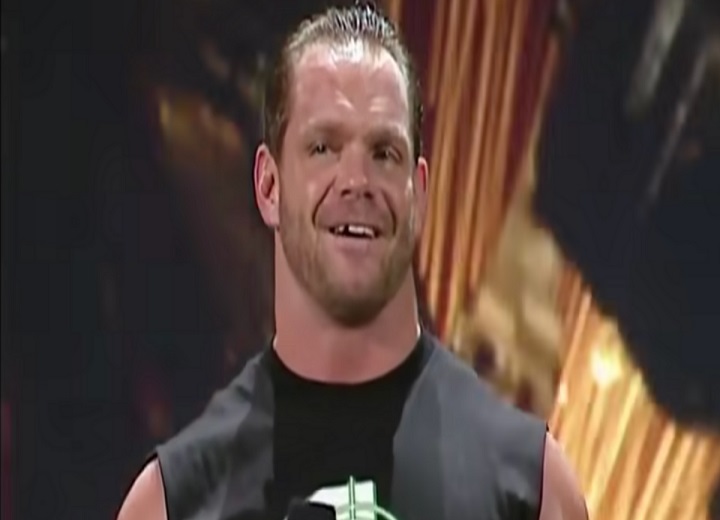 Kurt Angle had a handful of classic WrestleMania matches over the course of his Hall of Fame career, and one of the matches fans still talk about to this day is Angle vs. Brock Lesnar at WrestleMania 19.

During the first episode of The Kurt Angle Show, the former WWE Champion discussed the match with co-host Conrad Thompson and he explained that he was almost replaced after he found out he had to have neck surgery.

I think they were going to substitute Chris Benoit, I believe. He was basically going to take my place. It bothered me.”

Angle went on to say that after spending some time with his neighbor’s son he decided that he had to go through with the match.

“The next day I went to my neighbour’s house and there’s a really good kid named Johnny. He has Down’s Syndrome. He said, ‘Kurt, I’m so sad you’re not going to be wrestling against Brock Lesnar at WrestleMania.’ I said, ‘Yea, it’s pretty upsetting Johnny.’ He said, ‘I wish you would.’

It stuck with me so I thought I’m going to call Vince and choose to have surgery after WrestleMania. I called him and said, ‘Why don’t we have the match at WrestleMania and I will have the surgery, but I will wait and put it off.

I know my arm is atrophying but another couple weeks isn’t going to hurt, so let’s have the match.”