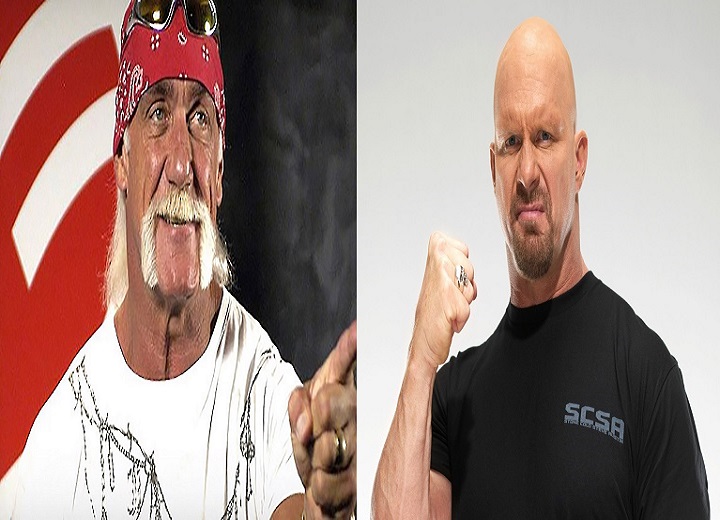 During a session on Grilling JR, Jim Ross claimed that if Stone Cold Steve Austin and Hulk Hogan battled, the match would not have been successful considering the hype it would have created.

Through his ‘Grilling JR’ podcast, Ross dissected the chances of that bout happening when Hogan returned to WWE that year.

“I think Steve’s issue was just that Steve had a very high pace – intense, aggressive, somewhat snug, high pace. That just may not have fit Hogan’s stylings at that time because of his back. But it would have been an interesting attraction.”

‘Stone Cold’ wasn’t convinced that the match was right for him.

Of course, longstanding rumours suggest Austin and Hulk had a frosty relationship anyway, but JR said that’s not true at all. Steve was more worried about a “styles clash” than anything, and wanted to be sure of a good match before rubber-stamping his approval.

Even if the other elements such as posters, money, attraction, and others would have reached peak, the match itself would have failed to live up to expectations.

Both of them worked at the same time in WCW and WWE, but not once did any company put them together inside the ring.

Jim agrees that the bout would’ve been disappointing. He can see the appeal, and definitely thinks it would’ve made for an awesome poster, but doesn’t think the actual bell-to-bell “had a chance in hell” of living up to the insane hype.

That’s fair, and yet it still feels like Hogan vs. Austin is one dream match that got away for WWE.

Why did WCW not book Stone Cold Steve Austin vs. Hulk Hogan?

When Steve Austin joined WCW, Hulk Hogan was already at the top of the game. He had garnered a huge fan following at WWF that followed him to WCW when he transitioned.

Austin wanted to feud with Hogan to piggyback on his fame to the top. He went to Eric Bischoff with the idea, but Bischoff didn’t run it. In an interview, Bischoff explained why he did not go ahead with the Austin & Hogan plan on.

“The reason I was concerned about what I was hearing wasn’t because it was a bad idea at all, but I knew from having talked with Hulk and Ric [Flair] from the months leading up to Hulk Hogan signing with WCW how reticent Hulk was to work with anybody that he didn’t know. Steve was one of those guys.”

Coming to WWE, Hulk Hogan was ready to get inside the ring with Stone Cold Steve Austin after Vince McMahon bought WCW.