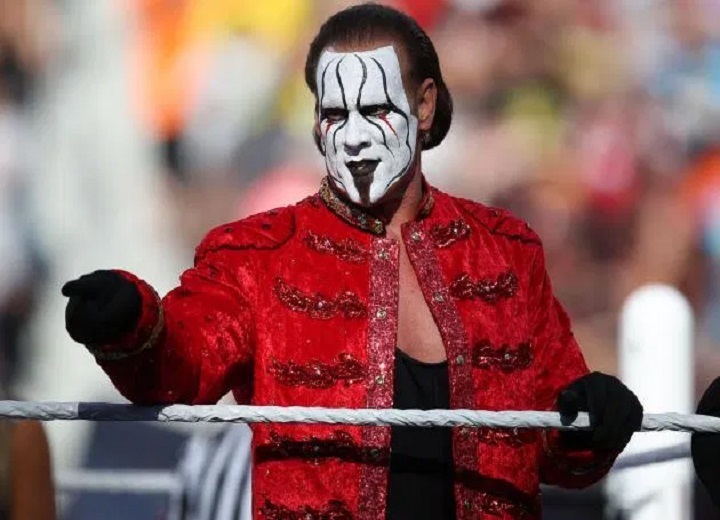 This week on The “ARN” podcast, Arn Anderson and Conrad Thompson cover WWE Night Of Champions 2015. This was the show that included the “buckle bomb heard round the world” involving Sting and Seth Rollins.

Arn reveals if he spoke with Sting after the match and he breaks down the card featuring names like John Cena, The Wyatt Family, Charlotte Flair, Nikki Bella, Dean Ambrose and more.

Arn felt Sting should have beat Seth Rollins: “You go into this with a guy in the main event who is one of the WCW guys, Sting.

John Cena has been world champion 16 times. We are going for the U.S. title. The World Title is not up, just the U.S. Title. Let’s just say Seth needed the win more than Cena. If he won, now he has both championships. It’s not going to kill John Cena off.

You move into that match with Sting fresh and low and behold, at the end of that thing, the most feel good moment you can have at the end of the night is Sting beats Seth Rollins for the World Title.

Seth is still the U.S. Champion that he can fall back on that as part of his bragging rights. The way it laid out is that Cena won the match. Then he dropped Seth. When Sting got there, he already had a damaged champion to start the match.

Seth, through all of that, overcame a bonafide superstar and won. What about that incredible display of courage

and adversity that he went through and overcame.

You know what you have at the end of the night? You have a babyface. What’s to not like about that guy. In one night, he overcame all the odds from two superstars and managed to retain.

I think you failed. He has no heat afterwards. He’s to be admired. If you would have gone the other way with it, I think you have something that no one would have thought would happen, especially after Sting lost his first match.

I think once you lose two in a row, you pretty much devalue him and I would think his time has passed. I don’t think that is what you would want to leave the night with because he could have been at least until the next PPV where Seth exercises his return.

You could have left it on Sting for three weeks and really shocked the audience, shocked the wrestling world, and shook a lot of things up.”