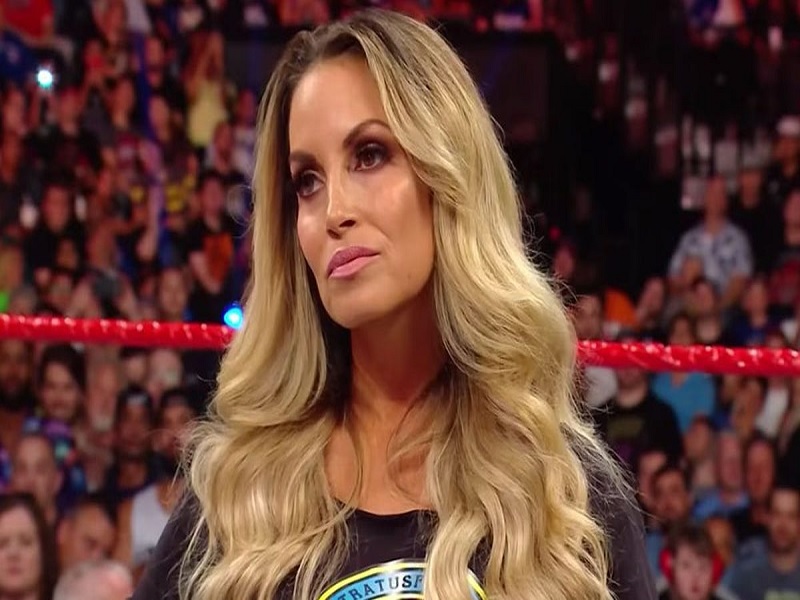 The previous yaer has not been the best year for Trish Stratus. After losing her aunt in March, the WWE Hall of Famer went to Instagram to announce her other aunt Jeanette recently died.

“Back to the funeral home to say goodbye to my Aunt Jeanette,” Stratus wrote. “We have a large family so yes, the incidence of occurrence of death is higher but this just really sucks after laying my other aunt to rest in March.”

Stratus went on to say that Jeanette owned a flower shop with her mother in law, and they “spent the most time together planning my wedding – her touches with her vision made it perfect.” Stratus also noted that Jeanette was “fashion-forward, sassy and had a take no s— attitude.”

Jeanette was dealing with different “ailments over the years,” but always conquered every challenge. However, Status wrote: “On this last battle she finally said ‘I’m tired.’ Her time, her decision.”

Stratus didn’t reveal the cause of death. As mentioned earlier, Status lost her aunt Helen after a battle with cancer. “Today is the last time I will see my sweet Auntie Helen as we lay her to rest,” she wrote. “As the world over was celebrating women yesterday, we celebrated her.

At the viewing we shared tears, laughs and stories. Our family and her work family both giving glimpses into who this amazing woman was and how many she impacted.”

It’s clear Stratus looked up so strong women, which led to her being one of the most memorable Superstars in WWE history. Currently, WWE is going through its Women’s Evolution, and while Stratus retired from WWE full-time in 2007, she’s a big reason Charlotte Flair, Sasha Banks and Becky Lynch are stars today.

Last year, Stratus took on Flair at SummerSlam in what would be her final match. Once the match was over, Flair gave a to of praise to the legend.

“It doesn’t get any bigger than that,” Flair said. “I mean women today, of my generation, grew up wanting to become Trish Stratus and Lita and what they did, because they main evented Raw.”