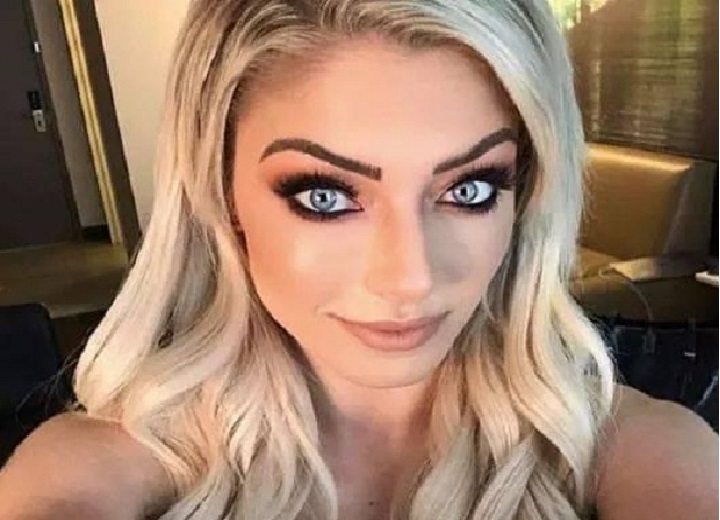 Bliss, 29, shared a jaw-dropping image on her Instagram story alongside her partner American singer-songwriter Ryan Cabrera.

The WWE superstar – real name Lexi Kaufman – cuddled up to her 38-year-old boyfriend in the water after undertaking a road trip.

She shared further snaps from their romantic getaway in a post with her 4.8million followers on the social media site.

One envious supporter tweeted: “That should be me, Lexi not that guy!”

Another was more supportive and commented: “You guys are a beautiful couple.”

3 Things About Alexa Bliss’ Career That Make No Sense

Alexa Bliss is one of the most successful women of WWE’s New Era. However, some things about Little Miss Bliss’ career just doesn’t make sense!

Alexa Bliss, a five-time Women’s Champion, has been a primary name of the Women’s Division for a while. Little Miss Bliss is a decent in-ring performer, but her character work, as well as mic skills, certainly make her one of the best in the business today.

Bliss spent a couple of years in NXT, and she made her main roster debut in 2016. Within two years of her debut on the main roster, she became a two-time SmackDown Women’s Champion and a three-time RAW Women’s Champion. Even though she has had a phenomenal career thus far, a number of things about her career have raised questions.

Alexa Bliss was certainly the top name of the SmackDown women’s division in 2017 when she was also the holder of the blue belt. In early 2017, The Goddess had a feud with Naomi, other than Becky Lynch.

While Noami was talented, she wasn’t a big star as Bliss, nor she had previously won any title even after spending years in the company.

Nevertheless, Naomi dethroned Bliss as the SmackDown Women’s Champion, not once but twice in 2017. Bliss dropped the belt to Noami at Elimination Chamber, and the same thing happened at WrestleMania 33.

Nikki Cross Got More Of A Singles Push Than Alexa Bliss

Although the tandem of Nikki Cross and Alexa Bliss was primarily a tag team, they competed in many singles matches as well. Given Bliss’s track record as a singles star before forming the tag team, she should have gotten a notable push as a singles competitor.

Contrastingly, Cross enjoyed a better run as a singles star over Bliss, as the latter challenged the SmackDown Women’s Championship a few times against Bayley. Bliss, on the other hand, lost singles matches frequently.

Compared to her main roster career, Alexa Bliss’s NXT career was drastically different. While she won the SmackDown and RAW Women’s Champion five times collectively, she never had the honor to wrap the NXT Women’s Championship around her waist.

She challenged Bayley and Sasha Banks for the NXT Women’s Title but never managed to win the gold. Considering her brilliant character work in the developmental brand, she should have won it at least once.

Kevin Von Erich finally opens up Why His Sons Turned Down WWE, “A New Day In Wrestling”

WWE legend: THE ONLY THING WORSE THAN 2020 IS HULK HOGAN