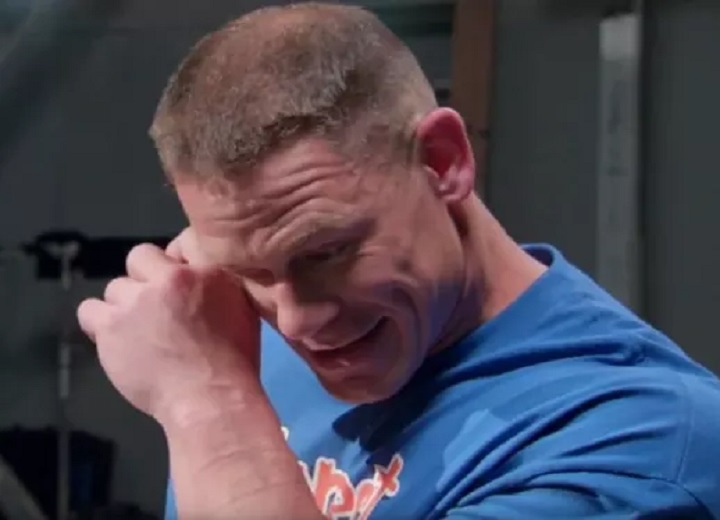 Ford has sued WWE Superstar John Cena for breach of contract. According to a report by TMZ, the 16-times WWE Heavyweight Champion is being sued by Ford for selling a 2017 Ford GT worth $500,000. In the lawsuit, Ford claims John Cena violated a contract by selling the vehicle.

The report detailed that Cena bought and then quickly sold his $450,000-plus supercar. The pro-wrestler-turned-actor violated an anti-flipping clause in the vehicle’s purchase contract.

The contract, designed to discourage opportunistic buyers from driving up GT values by quickly reselling the in-demand vehicle for a profit, stipulates that new Ford GTs cannot be resold for two years.

The lawsuit claims that Cena was “selected from thousands of applicants for the opportunity to purchase the Ford GT.” As part of the terms and conditions for buying the car, Cena agreed to hold onto it for at least two years.

The suit claims Cena flipped the car for a profit shortly after he got it and well before the required two years that he was obligated to keep it.

The filing states, “Mr. Cena has unfairly made a large profit from the unauthorized resale flip of the vehicle, and Ford has suffered additional damages and losses, including, but not limited to, loss of brand value, ambassador activity, and customer goodwill due to the improper sale.”

The suit says Cena took delivery of the vehicle on September 23, 2017, and the company learned that the vehicle had been sold by October 20, 2017.

According to Ford, Cena told them that he sold the car along with several other possessions “in order to pay bills”. The company now wants Cena to hand over all of the profits from the sale, plus damages.

The lawsuit, filed in US District Court in Michigan, states “This is an action for breach of contract, fraudulent misrepresentation, and unjust enrichment arising out of Mr. Cena’s improper and unlawful resale of a custom-made, model year 2017 Ford GT sports car, in violation of the Ford GT Application Program and contracts pertaining to same.”

In the suit, Ford says that it reached out to Cena directly after learning of the sale of the GT, whereupon Cena apologized and admitted that he sold the vehicle “to liquidate for cash to take care of expenses.”

The automaker says it even attempted to “facilitate a buyback of the vehicle at the price for which Mr. Cena purchased it and that they could discuss how to address the profit he received from the unauthorized sale.” The suit goes on to say that Cena “has not ‘made it right.'”