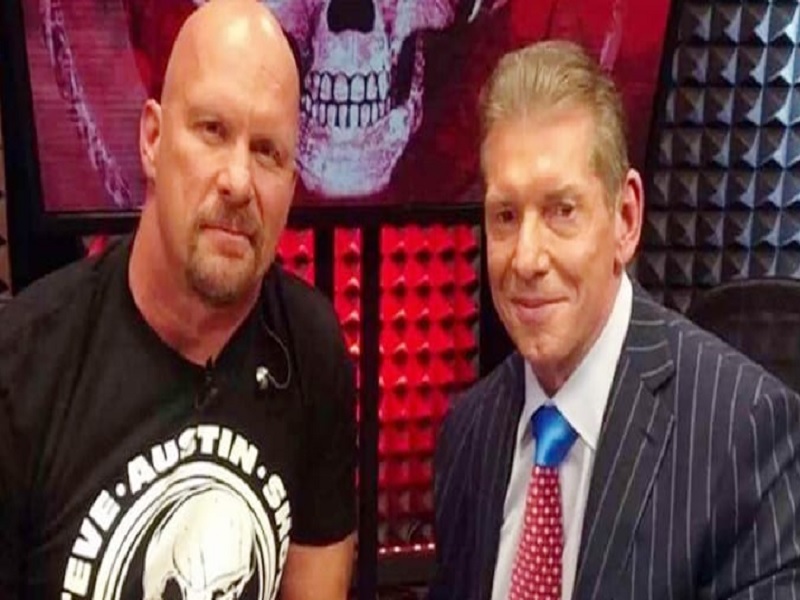 WWE will be back at the AT&T Stadium in Arlington (Dallas), Texas since after using that venue in 2016 at Wrestlemania, the two-night WrestleMania 38 next April will be held at that same venue, and it sounds like the company wants “The Texas Rattlesnake” to make some sort of return there.

The face of The Attitude Era main evented WrestleMania on three different occasions, though he has stuck to his retirement since his final match with The Rock at WrestleMania XIX in 2003. He talked with Chris Jericho on the Talk is Jericho podcast earlier this year about why he has shot down every pitch to make an in-ring return since then.

Talked to a few different source this weekend & heard the same thing, WWE is very interested in having Steve Austin as a part of WrestleMania this year in Dallas. Not in a wrestling role, but a meaningful part of the event outside of just appearing. Up to creative at this point.
— WrestleVotes (@WrestleVotes) December 20, 2021

“I think Vince [McMahon] tried talking me to coming back a couple times, but you know Chris, I love the business so much,” Austin said. “I love it more than anybody else. I can only speak for myself, but I love the damn business, and it hurt me so much to leave it. And to me, going back for one match, man, why? What am I proving? What are they going to remember? It ain’t about the money. It took me a long time, damn near three years to get over the fact that I left the business.

,” he continued. “Taker, when I talked to him, he trained all year or recovered from having surgery, and then write trained for a three or four month camp to get ready for one match. I would really have to undergo a three or four month camp. I’m one of those guys where I don’t have an addictive personality, but I’m addicted to the wrestling business. All of a sudden, I’m putting in all the hard work and get back to being around the ring, being around the business, that is my number one passions in my life.”

He then added, “To get hooked on it again just for one match and to me, it would have been so anti-climactic. Go out there and do it, and then whatever the finish was. And then the people go home, but what does it all mean in the big picture? Stone Cold had a comeback, and the match was a three and a half Meltzer five star rating. ‘It ain’t great enough,’ and even if I crushed it, what would it mean? I just had to say, man, stay away, and I’ve stayed away.”