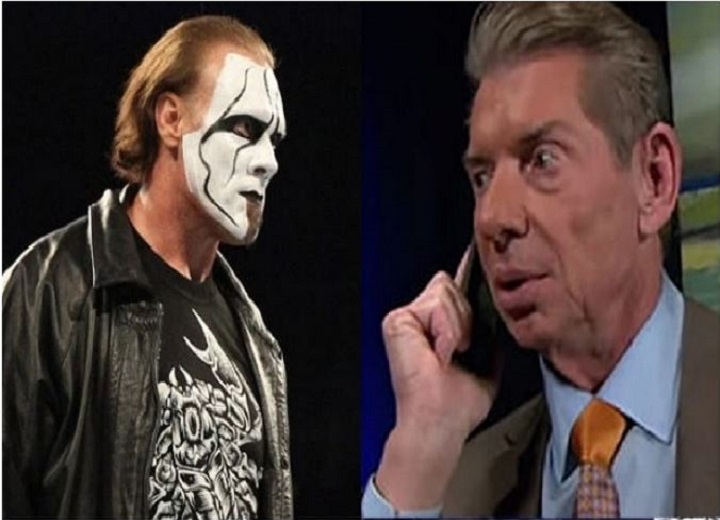 Sting has opened up about why he left WWE to join AEW. The Icon stated that the only match he wanted in WWE was with The Undertaker and said that he didn’t want to “disappear with my tail between my legs”.

Sting left WWE last year after his contract with the company expired. His deal with the company reportedly expired in May, and a few months later, his merchandise was removed from the WWE store.

He debuted in AEW in December 2020 and is currently on a multi-year contract with the company.

In a recent interview with Bleacher Report, Sting said that returning to the ring wasn’t a “goal” of his, but he was interested in facing The Undertaker in a cinematic match. He stated that he left WWE as he thought it wasn’t “working out” for him.

“It wasn’t a goal of mine to get back in the ring. The only thing I thought I might do is have a cinematic match against Undertaker when I was with WWE. We weren’t able to come to an agreement.

Tony [Schiavone] reached out to me and asked if I wanted to come play and let him know. A year later and I thought WWE isn’t working out and I didn’t want to disappear with my tail between my legs. I hate that.”

Sting revealed that he told AEW management that he would be interested in doing cinematic matches in the promotion, which then later led to him signing with the company.

Earlier this year, it was revealed that Sting would make a return to the ring in a tag match. Sting teamed up with Darby Allin to face the team of Brian Cage and Ricky Starks at the Revolution pay-per-view.

Allin and Sting emerged victorious in the street fight after the latter landed his trademark Scorpion Death Drop on Ricky Starks.