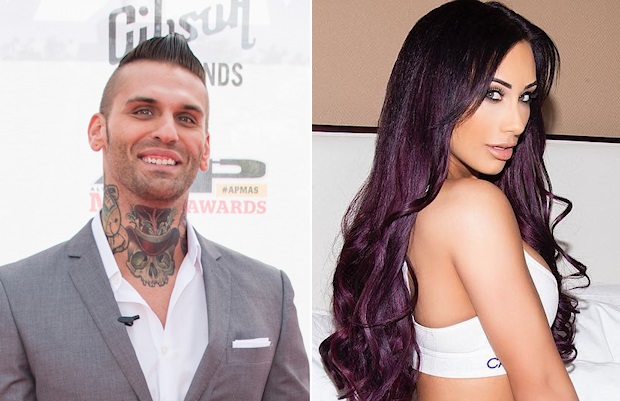 Carmella and Corey Graves made headlines when Corey compared their sex life to that of pandas in captivity. Total Divas star and WWE superstar Carmella (born Leah Van Dale) got candid about having a relationship in the public eye.

Most recently, after one candid Instagram live, the couple made headlines when Corey compared their sex life to that of pandas in captivity.

“[He] made it seem like he didn’t want to mate with me in quarantine,” Carmella told podcast host Justin Sylvester. “And he didn’t realize it was coming out of his mouth, that is was like insulting.”

As the WWE superstar continued, she indicated that her man didn’t mean anything by it.

“It got picked up by all these news sites and it turned into this huge thing,” she expressed. “And I’m like, ‘Oh, I’m great now that the entire world knows that you don’t want to have sex with me, so that’s cool.'”

Even though this drama “sucked,” Carmella was eventually able to tell her side of the story. Not to mention, she is still happily in a relationship with Corey.

“I just feel so strongly about him, I love him so much,” she gushed. “To me, he was so worth all of the bulls–t that we went through, and I adore his children.

This wasn’t something I ever envisioned for my life, but now that I’m in this life, I couldn’t imagine it any other way.”