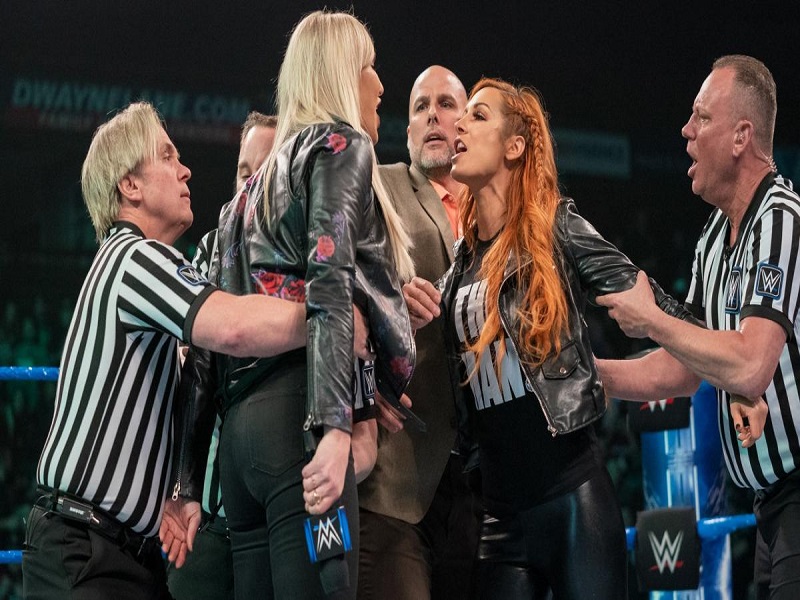 Survivor Series is the second biggest event in WWE after Wrestlemania. report has it that the event will be taking place this month of this year and there is a controversial plan for top WWE stars including Becky Lynch and Charlotte Flair.

Last month, the SmackDown Women’s Champion and Becky Lynch were involved in an awkward segment on WWE SmackDown that was supposed to feature a title exchange

It has been reported that both Lynch and Flair may be involved in a controversial finish at Survivor Series 2021. This is following rumors about real-life heat between the two champions.

In the latest report from the Wrestling Observer Live, Bryan Alvarez said that WWE plans to book a controversial angle at the Survivor Series pay-per-view. The show will feature a battle between the two women’s champions, and Alvarez believes the company will use the real-life rift between them to script another “screwjob.”

Bryan Alvarez further referred to WWE bringing up the infamous Montreal Screwjob involving Shawn Michaels, Bret Hart, and Vince McMahon. Alvarez used the example to speculate that the writing team is heading in a similar direction with Becky Lynch and Charlotte Flair’s storyline.

“I Like Windham a lot,” – Tony Khan Talks Bringing Bray Wyatt Into AEW